'Tis the Season for Spending

Avoid going into red on Black Friday (and Cyber Monday)

For many, throwing around the football Thanksgiving morning and then sitting down for a big family meal Thanksgiving night are beloved holiday traditions. But for many more, the real annual tradition takes place after turkey day – shopping.

“In 2015 alone, Americans spent more than $626 billion in stores and $105 billion online during the holiday season,” says Mike Brown, Arizona regional president of WaFd Bank. “All signs point to both of these numbers trending up this year, with stores continuing aggressive incentives coupled by Americans re-opening their wallets post-recession.”

But is the debt really worth it?

“Unfortunately, it isn’t until after the New Year when the credit card bill comes. Then what was meant as a loving gesture and special gift during the holidays quickly turns into regret for many,” says Matt Dana, a partner focused on wealth preservation at Quarles & Brady LLP. “In fact, Consumer Reports estimates that at this very second, as many as 12 million Americans are still paying off credit card debt accrued during the 2015 holiday season.”

How can you avoid suffering from a debt hangover this season?

“Create a budget and stick with it,” says Sally Taylor, chief executive officer of wealth management firm KeatsConnelly. “Before you start spending, do a little math and figure out how much you can afford.”

A general rule of thumb, according to Taylor, is to use the 1.5 rule. “Don’t spend more than 1.5 percent of your total gross income on holiday-related expenses.  If you’re already in debit, consider spending less than one percent,” Taylor explains.

Be creative – and picky.

Not all gift recipients are created equal. “Don’t stress about spending a ton of money on every single person in your life,” Brown explains. “Start by making a list of people who might enjoy something homemade, rather than store bought.”

For those people – co-workers, old friends and perhaps more distant relatives – get creative with your family and bake them cookies or bring them a home-cooked meal one night.

Sweat the small stuff- and plan for it.

Sure, there are people you want to make the holiday extra special for with extravagant gifts. But don’t forget all the “other stuff” that goes along with those gifts. “People often forget to budget for special wrapping paper, elaborate cards or even cute stocking stuffers they buy on a whim for those they love,” Dana says. “Those little extras can add up to hundreds – even thousands of extra dollars, not to mention the bottle of wine here or hostess gift there bought to bring to holiday parties every weekend.”

Dana recommends making a list of all holiday-related parties open houses and even work functions – and including all expenses involved with each to the overarching budget.

“This includes the cost of that new suit or dress – and yes, even shoes – you might buy to attend these parties, too” Dana explains.

Simply put, don’t spend money you don’t already have. “And if you can’t trust yourself, why not avoid unnecessary and impulsive purchases by leaving the credit cards at home when shopping,” Taylor says. “Then, you are disciplining yourself to truly only use cash or a debit card, even on an impulse buy.”

Resist the temptation of getting store credit cards. “the low introductory interest rates may seem enticing, but that rate will expire – and sooner than you think,” Brown explains.

Gift cards for the win.

Finally, Taylor advises shoppers to consider one final strategy: gift cards. “Determine a set amount you want to spend on each person, and then shop around for a gift card in that amount that would actually mean something to them,” Taylor says. “Find something they love – a local spa, restaurant, even a resort – and buy a gift card with some meaning behind it, and note it when giving the gift, too.” 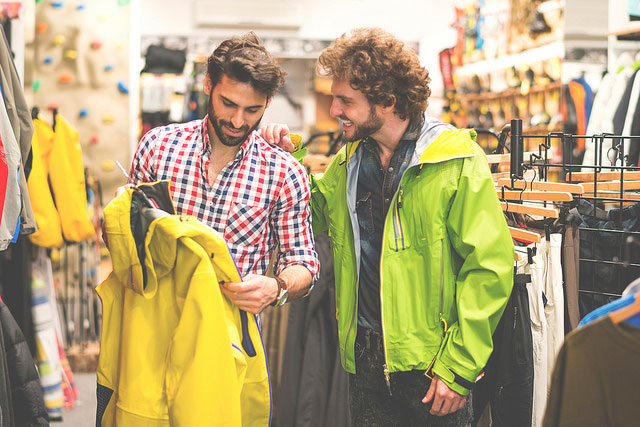